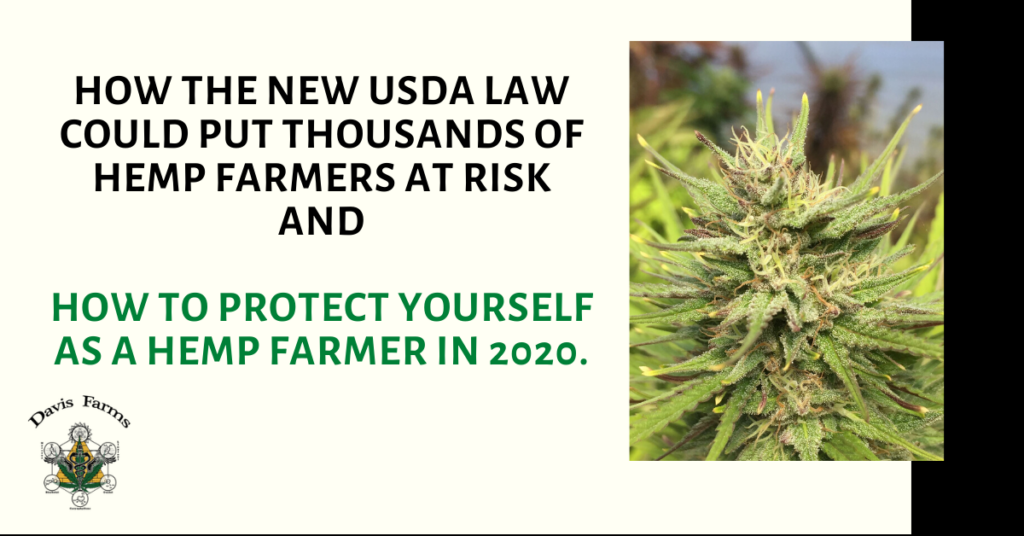 After several years of states being allowed to operate under independent pilot hemp programs, blanket federal legislation is now coming online. The new interim final rule which was made law in October 2019 has raised a lot of concerns to both existing farmers as well as to those wanting to join this new gold rush.