At Davis Farms of Oregon, our primary focus has been breeding and producing cannabinoid and terpene rich varieties of feminized industrial hemp seed. Our genetics are proven and selected for production based on several agronomic and performance factors. Our genetics were created through an extensive research & development process, and selected over many years of trialing across a wide cross section of plants.

The founder of the company, Jeremy Klettke, spent decades studying and researching the cannabis plant traveling throughout several regions of the world, including having the opportunity to work with the Swiss government in 1997-1998 producing hemp at field scale. Jeremy was also presented opportunities to work with the cannabis plant in the Netherlands and the Czech Republic before moving back to the US in 2007. After his return to the US, he became involved with the medical cannabis program in Oregon. These were the early stages leading up to what would become Davis Farms in 2014.

With his early recognition of the value of Cannabidiol, Jeremy quickly established Davis Farms as a primary producer of high quality 1:1, 2:1, 10:1, and 20:1 CBD to THC ratio type II cannabis plants for medical patients. In late 2015, Jeremy turned his focus entirely to the Type III hemp world when he was given the opportunity along with members of the Oregon State Farm Bureau and the Oregon Department of Agriculture to engage in the hemp policy process. Working on what would become Oregon's house bill recognizing CBD as an end use for hemp in the spring of 2016.

Since that day it has been Davis Farms' primary focus to develop cannabis chemotypes specifically for CBD (cannabidiol) production, while retaining unique terpene and minor cannabinoid expressions. With the center of attention being the development of varieties containing a Total THC concentration of less than 0.3% as per the current USDA Interim Final Rule. 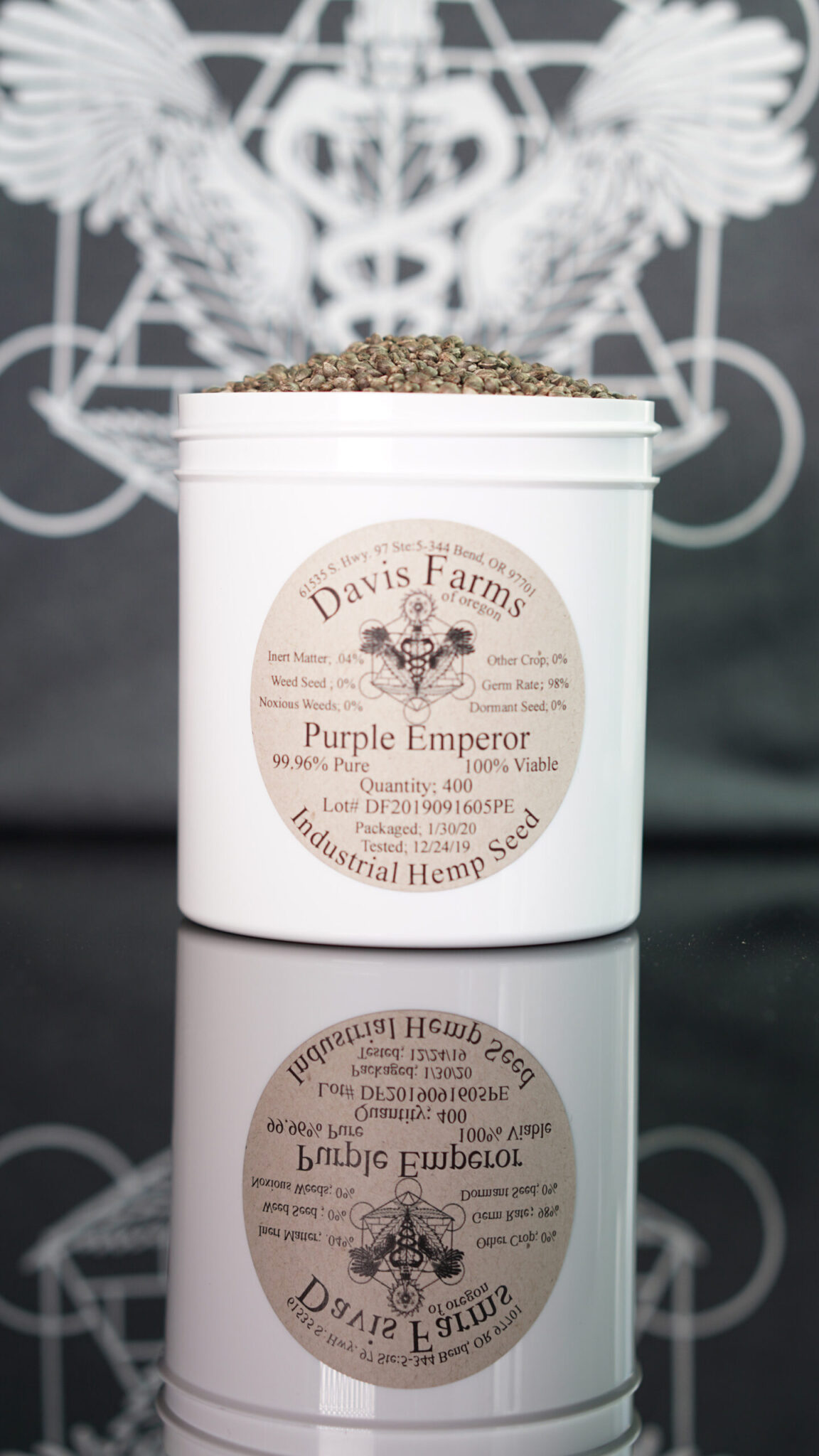 Davis Farms Founder & CEO Jeremy Klettke has spent decades studying the cutting-edge science around the endogenous cannabinoid system and how it is impacted by the entourage of compounds contained within the cannabis plant. Jeremy's recent focus has been the research and development of cannabis chemotypes specifically for CBD (Cannabidiol) production, and most specifically on the development of varieties containing a less than 0.3% Total THC. Varieties that allow a farmer to take their crop to full maturity, full yield potential, and full compound expression without the fear of exceeding the THC threshold.

Davis Farms is nestled up to the back side of the Cascade mountains in the heart of Central Oregon. In addition to our breeding & seed production facilities, we maintain a small working farm which includes; Several seasonal Organic gardens and a greenhouse for year round food production, Honey bee colonies, horses, seasonal cattle, an ever growing brood of chickens, and a pack of the most lovable dogs you’ll ever meet. Davis Farms is located in the center of a large private ranch and wildlife corridor and we consider it our duty to be stewards of this wild land. As such we manage the majority of our property for wildlife such as elk, deer, bear, cougar, bobcat, coyote, great grey and great horned owls, mountain bluebirds, and many other species all of which have been seen on the property. Our desire is to leave the land in better condition than we found it for the sake of our children’s children.