Our features in the

In September of 2015, buzz in the medical community earned Pennywise strain of the month in the Oregon Leaf magazine. At that time, Davis Farms was providing retail cannabis flowers with different ratios of CBD to THC for patients under the medical cannabis program. Pennywise gained quick recognition in the community as a powerful 1.25:1. Pungent smells of sweet candy with calming effects and a uniquely strong flavor of creamy cherries was enjoyable to many.

How CBD for the OMMP came to be...

Since 2014, founder Jeremy Klettke had been donating RSO & various forms of CBD to those in need. Spreading only by word of mouth, he started casually referring to it as "CBD for the OMMP".
Taking the opportunity in Septembers issue featuring Pennywise, Jeremy officially announced his donation program to the community at large. Later that November, Oregon Leaf was kind enough to feature another mention, further expanding its reach to those in need. The CBD drought refferred to in Novembers issue was due to the transitioning of Oregon into a recreational market. The popular belief held was that consumers were not interested in CBD but only High THC varieties. Leaving patients with limited access to the medicine they had become accustomed to. 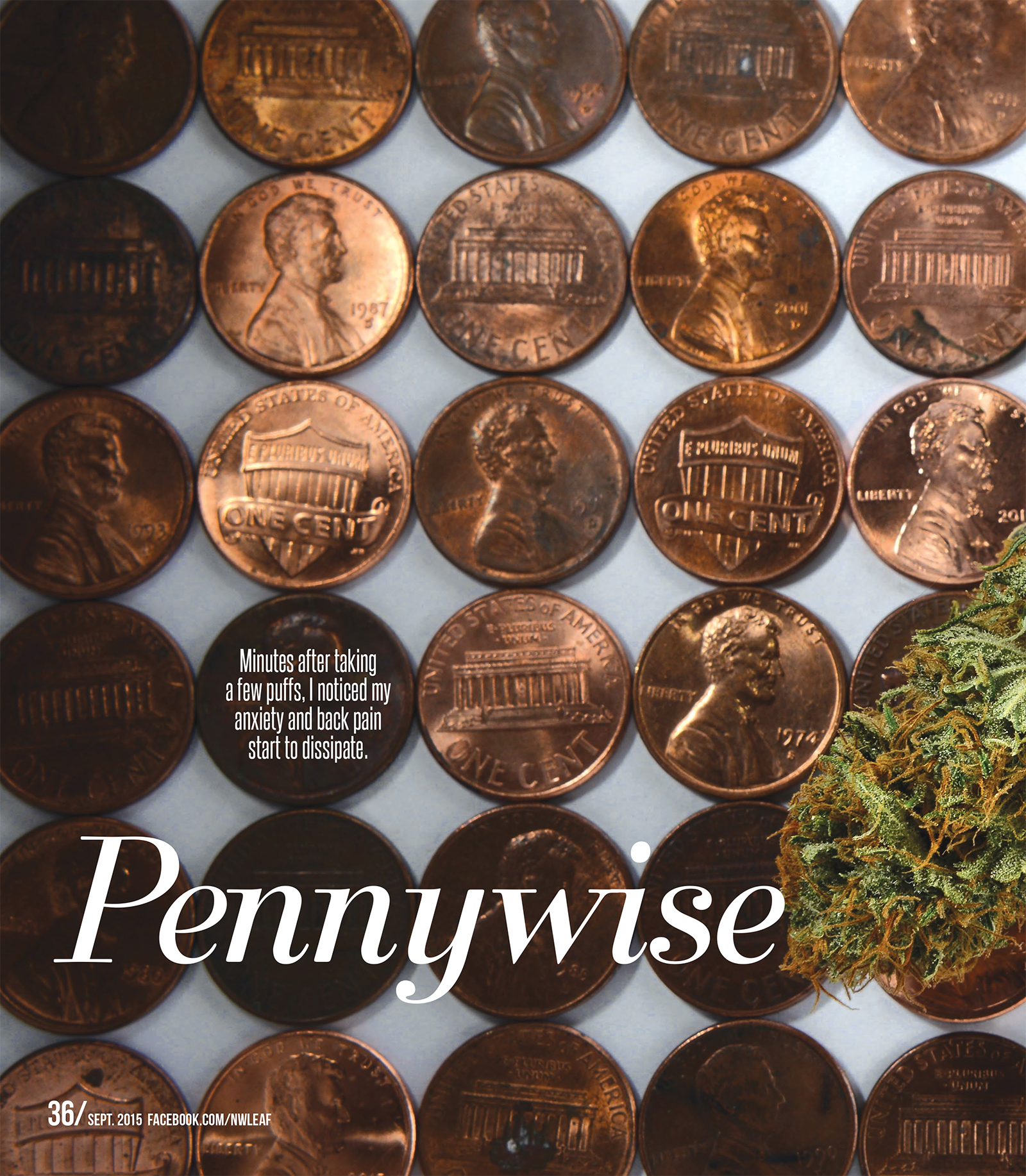 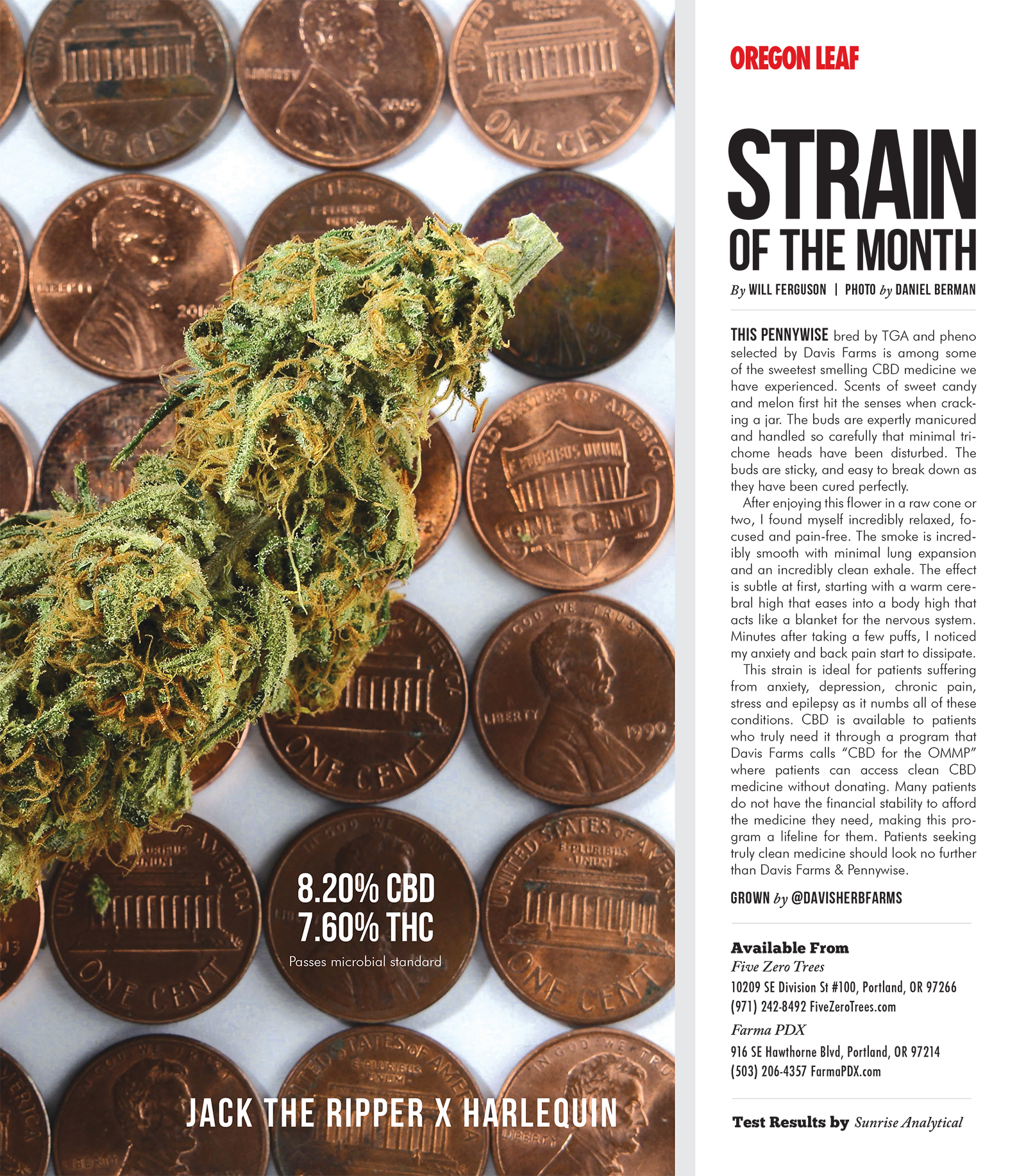 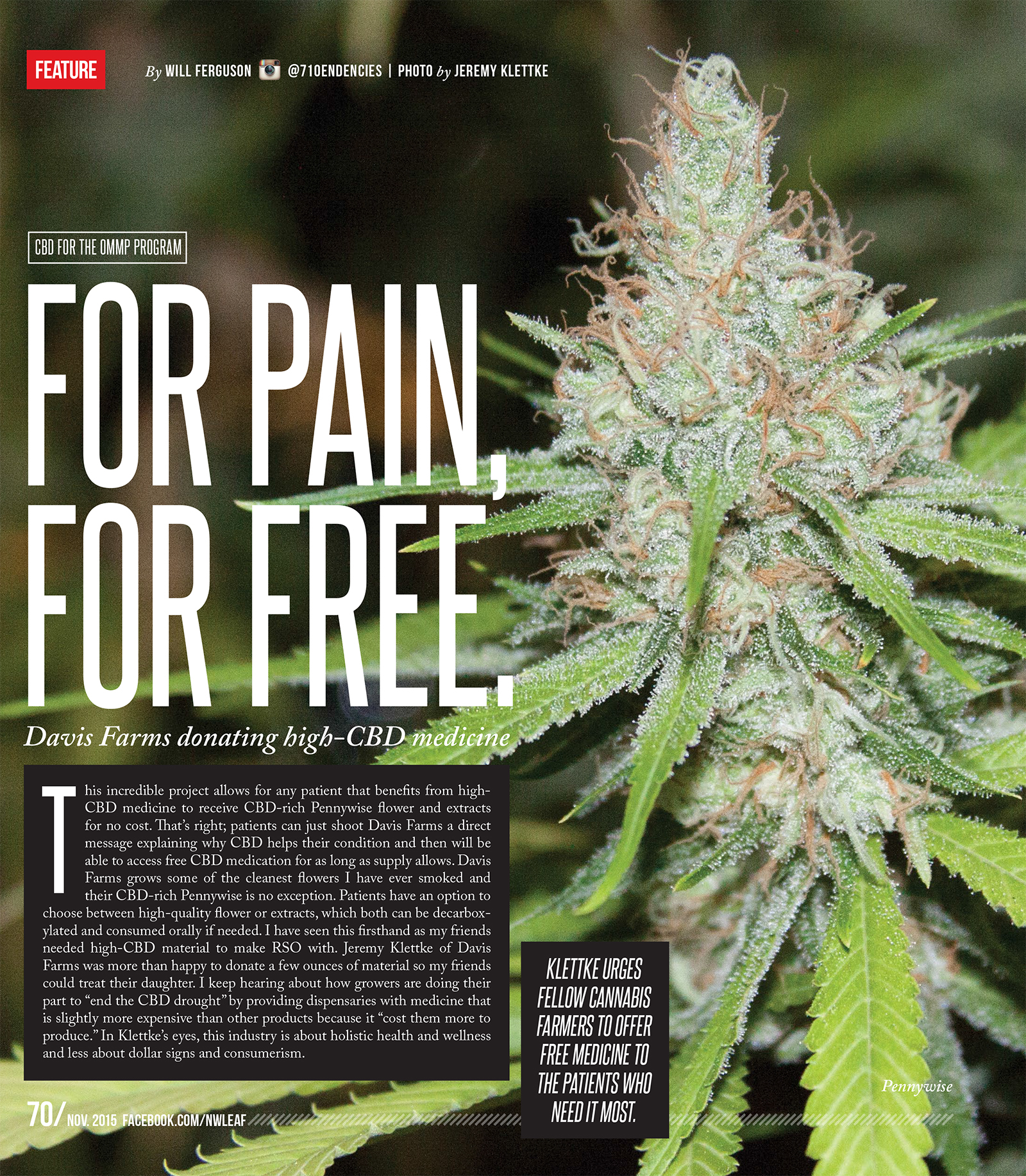 View the entire Oregon Leaf for free on issuu.com